Posted by SatanSays at 4:32 AM No comments:

Be sure to celebrate Earth Day you Lovers! 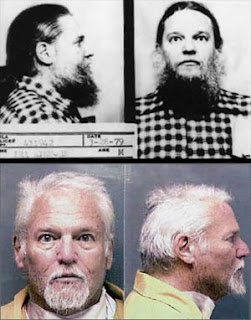 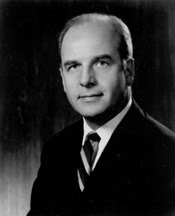 How Climate Change Became a Crisis

06/12/2009 · Have you ever wondered how Climate Change became a crisis? How is it that all of a sudden we went from the next Ice Age creeping over the earth in the 1970s, to the ozone burning away, the artic caps melting off, and cute fuzzy polar bears dying, in less than 30 years?
The crisis of the 21st century, a crisis that requires immediate and drastic changes to the way we live. The better question would be How did Al Gore manage to make a $100 million and collect a Nobel Prize even after his Convenient Fraud was debunked? I’ll get to that later.
The answer is Ira Einhorne. Well, at least in part.
Unless you’re a history junkie like me that name probably rings familiar but you don’t remember where you’ve heard it. If you’re a fan of America’s Most Wanted, the name is more familiar from the international manhunt that eventually sent the 1960s peacenik to prison for life. “Ira Einhorne took an ax, and gave is girlfriend 40 … ” Wait, that was Lizzy Borden. Einhorne did, however, murder his girlfriend, chop her into stuffable chunks, and put her in his trunk where he could take her out and play with her whenever he wanted. Yes, that Ira Einhorne. The “Unicorn Killer.”
During the 1960s, Einhorne was at the forefront of the peace movement and counted among his friends Abby Hoffman and Jerry Rubin, but his main interest was “Green Politics.” Einhorne, according to some who were there at the time, was a key founder of Earth Day.
How did these whack jobs gain traction in the mainstream, you ask? Well, the short-form answer is the late U.S. Senator Gaylord Nelson, who claimed credit for the Earth Day founding, but believe me, no U.S. senator ever had an original thought. No, it was Einhorne and an incestuous tangle, if you will, of academics, anarchists and career college kids who grew up and went into “public service.”
In the 1970s these groups of hippies and yuppies in the Green Movement came into a harmonic convergence of sorts with James Lovelock, the progenitor of the “Gaia hypothesis,” and the “greening” of the earth kicked into high gear. Oprah Winfrey is reputed to be a gaian, although not all gaians are greenies. Although Lovelock diverges from the greenies somewhat, his philosophy that the earth is a living organism, is still the mainstay of their crusade.
Let’s fast forward to post-2000-election Albert Gore, who grew his beard and sat around the house eating Ding Dongs by the case, until Tipper told him to get a job and threw him out. Gore has a whopper-telling history longer than the information superhighway. He has claimed to be the model character in Love Story, a claim the author has since debunked. His Internet creation story is old news. Gore’s tall tales are near legendary.
And his scam of Manmade Global Warming is a myth, having nothing to do with climate change. It has everything to do with Gaian Greenies’—most of whom have been active in every leftwing cause of the past three decades—destroying capitalism. They count in their ranks members of PETA, Code Pink, Save the Whale, Amnesty International, Planned Parenthood, and, yes, ACORN.
Now we know—as if anyone had to tell us—that the Earthers have been cooking the books for 30 years, just as Al cooked his data for an Inconvenient Truth. And the Obama Administration has adopted an energy policy that not only will not effect the climate by one nano-degree in 1000 years, but will cost American jobs by the thousands and raise energy cost by billions over coming decades.
So where does that leave Al Gore? It makes him the latest in a long line of opportunistic hucksters, another P.T Barnum, nothing more than a snake oil salesman with friends in high places, and a carbon footprint bigger than Maine.
But it all began with an ax murderer named Ira Einhorne, whose latest project is escaping maximum-security lockdown.

Hey Gay Lord did you ever meet Ira ? What a pair of lovers joined at their Assholes
Posted by SatanSays at 4:26 PM 1 comment:

Posted by SatanSays at 12:26 PM No comments:

WASHINGTON (AP) -- The government has accused & Co. of defrauding investors by failing to disclose conflicts of interest in mortgage investments it sold as the housing market was faltering.

The Securities and Exchange Commission announced Friday civil fraud charges against the Wall Street powerhouse and one of its vice presidents. The agency alleges Goldman failed to disclose that one of its clients helped create -- and then bet against -- subprime mortgage securities that Goldman sold to investors.

Investors in the mortgage securities are alleged to have lost more than $1 billion, the SEC noted. The agency is seeking to recoup profits reaped on the deal.

The Goldman client implicated in the fraud is one of the world's largest hedge funds, Paulson & Co., which paid Goldman roughly $15 million for structuring the deals in 2007.

shares fell more than 12 percent after the SEC announcement, which also caused shares of other financial companies to sink. The Dow Jones industrial average fell more than 120 points in midday trading.

The civil lawsuit filed by the SEC in federal court in Manhattan was the government's most significant legal action related to the mortgage meltdown that ignited the financial crisis and helped plunge the country into recession. The SEC's enforcement chief said the agency is investigating a wide range of practices related to the crisis.

The agency also charged a Goldman vice president, Fabrice Tourre, 31, who it said was principally responsible for devising the deal and marketing the securities.

The SEC is seeking unspecified fines and restitution from and Tourre.

Goldman told investors that a third party, ACA Management LLC, had selected the underlying mortgages in the investment. But, the SEC alleges, Goldman misled investors by failing to disclose that Paulson & Co. also played a role in selecting the mortgages and stood to profit from their decline in value.

"Goldman wrongly permitted a client that was betting against the mortgage market to heavily influence which mortgage securities to include in an investment portfolio, while telling other investors that the securities were selected by an independent, objective third party," SEC Enforcement Director Robert Khuzami said in a statement.

The SEC charges come less than 10 days after denied it bet against clients by selling them mortgage-backed securities while reducing its own exposure to such investments before the housing market crashed.

In an annual letter to shareholders, Goldman said it began reducing its exposure to the U.S. mortgage market in late 2006. It said it did so by selling mortgage-related investments or buying credit default swaps. The swaps are a form of insurance that pays out if the value of the underlying asset declines.

Those hedges, also known as short positions, served Goldman well. As the housing market began cratering and losses piled up for the biggest banks, Goldman suffered less damage. That led to criticism that the bank benefited at the expense of clients who bought mortgage-backed securities that later became toxic. Goldman steadfastly denied that.

"Our short positions were not a 'bet against our clients,'" Goldman said in the letter. "Rather, they served to offset our long positions. Our goal was, and is, to be in a position to make markets for our clients while managing our risk within prescribed limits."

In the letter, Goldman also rejected claims that it profited from the mortgage market meltdown.

Posted by SatanSays at 9:34 AM No comments:

Posted by SatanSays at 6:10 AM No comments: